Do you know what the most effective self defense weapon is??

Make no mistake, a gun is the best form of self defense!

But what about the times that you can't carry your weapon?

Or the times that you are caught off guard without time to draw it??

The best alternatives to guns are flashlights, knives, batons, and even pepper spray.

The only problem with these items is that if you don't know how to carry yourself during a fight,  they won't do you any good...

The world is a pretty scary place these days, and as such it is more important than ever that you are prepared to defend yourself!

We were devastated last month to read about a recent event where a man was robbed of $200,000 dollars outside of a bank in California.

The man had just sold his home in Huntington Park, and was making a large withdrawal from his bank. As he approached his car, he was attacked from behind, beaten, and robbed of his life savings!

This story is frightening because regardless of if this man was armed, the surprise attack would make it nearly impossible to draw his weapon in time.

Thats why we partnered with Marc Smith, renowned Krav Maga Expert to teach you the basics of how to protect yourself in any situation, using nothing but your own two hands!

Krav Maga is a military self-defence and fighting system known for its focus on real-world situations and its extreme efficiency.

In such uncertain times, we want you to be prepared no matter what trouble comes your way! 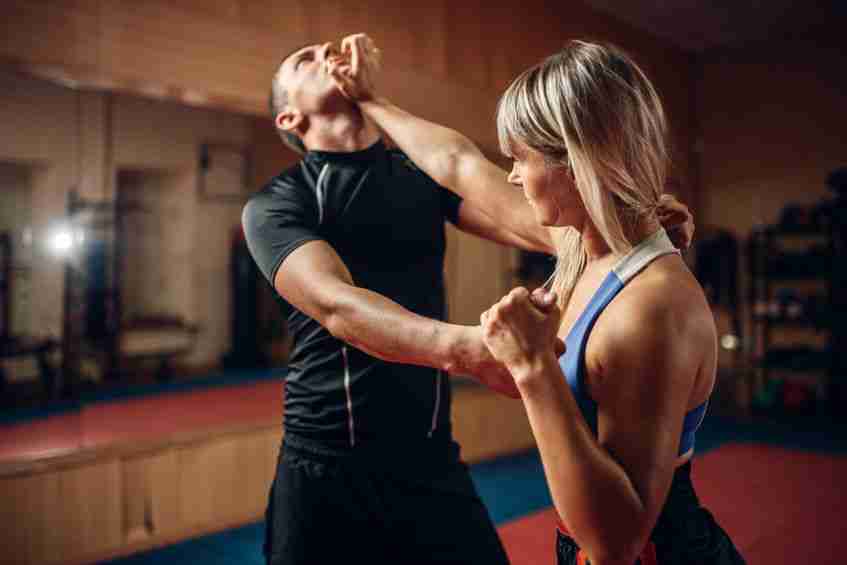 We break our self defense program down to address 30 important situations!

Charging Attacks (What do you do when they’re running at you?)

Ground Attacks (What do you do when you’re stuck on the ground?)

Grab Attacks (What do you do when someone grabs you? From all directions)

Firearm Threats (What to do when they're armed and you're not)

Knife Attacks (How to defend in a disadvantaged situation)

Ground fighting (Establishing the upper hand when all goes down)

This is the best Self Defense training because...

Courses like this usually sell for $25 per lesson, but during COVID-19 we want everyone to be prepared for the worst.


Get our FULL Krav Maga Self Defense course today for just $119.97! Practical Skills for defending yourself and others

"I feel better than I have in a long time knowing that I can protect myself! I've spent a long time being afraid of confrontation, but now I feel like I can handle anything!"

"Watching this course brought to my attention to just how much I don't know. Marc was so knowledgable! He made it very easy for even a beginner like me to learn and understand."

"I have always been intimidated by the thought of having to fight anyone, and im so relieved and excited to have knowledge. Marc made it so easy to understand while not overwhelming me with information."

Practical Skills for defending yourself and others